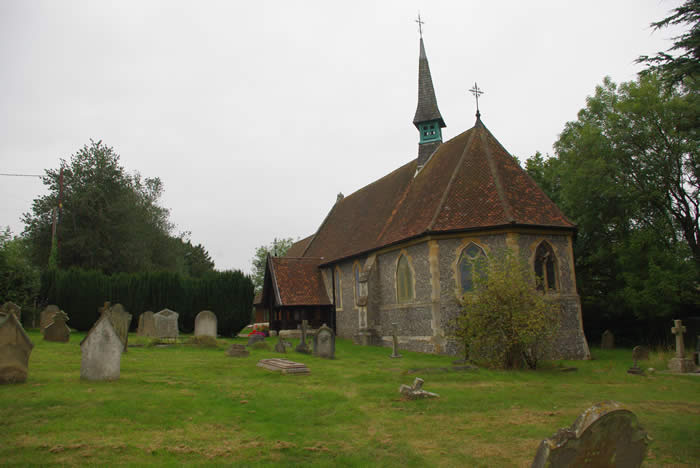 St John's is located on the Berkhamsted side of the village of Bourne End.

The cemetery contains graves of five people listed by the Commonwealth War Graves Commission as being WWI graves:

The Church contains a plaque to:

Please Contact Us if you have any further information on any of these individuals.

The National Inventory of War Memorials list a Roll of Honour created in 1917.  A copy of the names is: 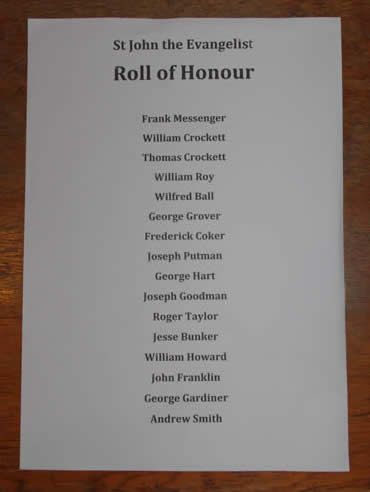 A further Battlefield Cross which, according to the inventory, is in the Church, has not yet been located.

Two of the names on the above Roll of Honour are possibly from the Second World War.  Certainly George Gardiner matches another name for which there is local information, and it is possible that Andrew Smith was added with his name after First World War fatalities.