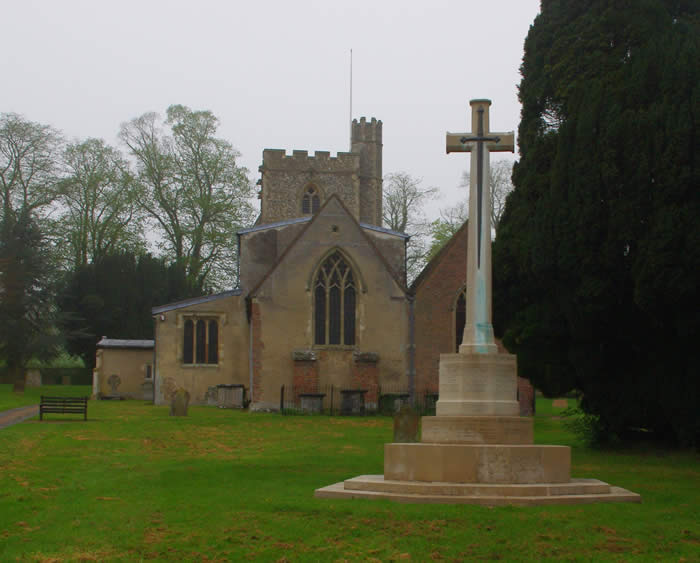 The Church is located in the village of Great Gaddesden.  The Church itself contains a number of memorials with military connections which will be added in due course.  The main memorial is one to the two world wars, a cross in the grounds of the Church.

A memorial plaque inside the Church pays tribute to John Lockhart Wood who died in 1915.  He is also listed on the Cross, pictured below, along with seventeen others. 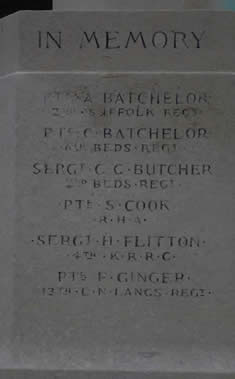 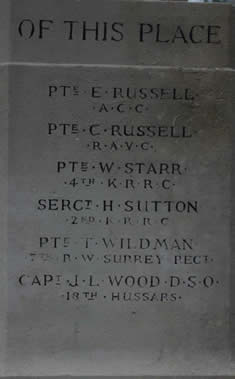 Panels from the Cross

The Church contains an unusual 'On Active service' listing for the Parish. 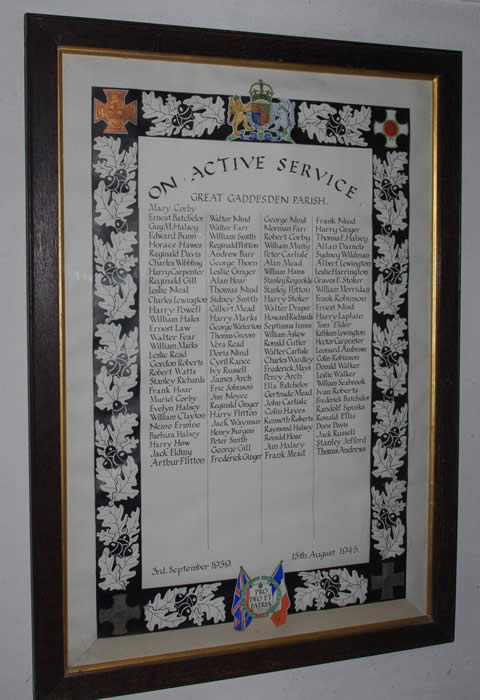 It also contains a Parish memorial scroll for those who were killed. 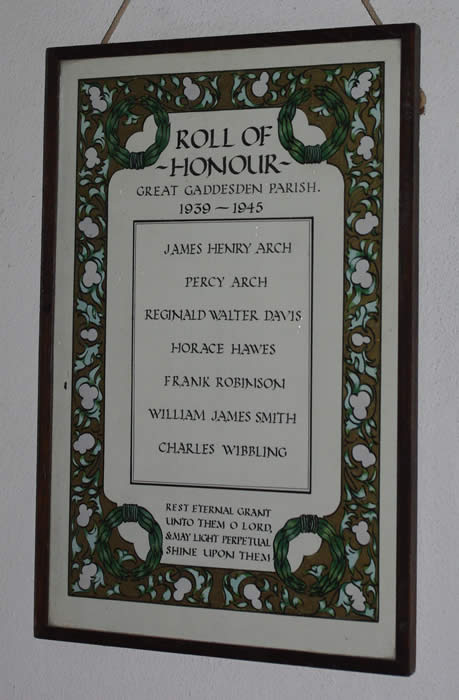 These names are further recorded on the panels of the Cross outside the Church, as pictured below. 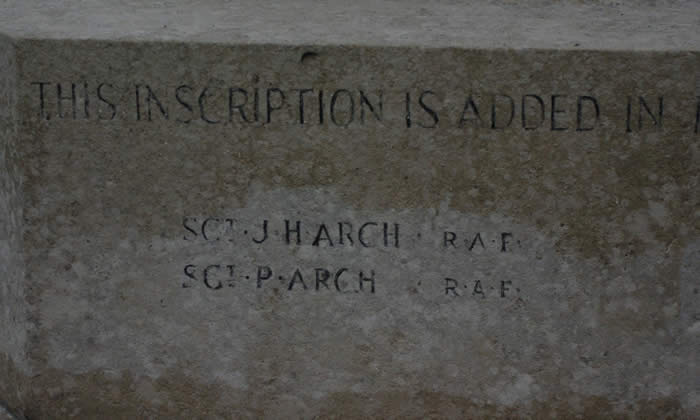 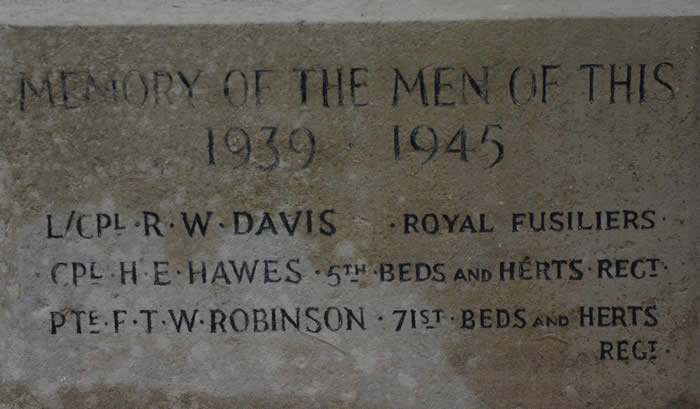 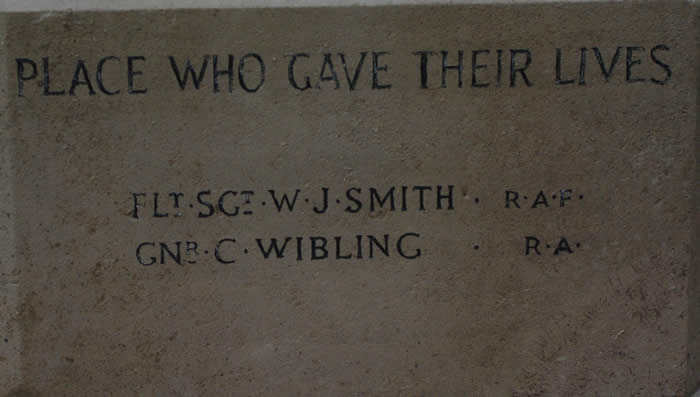 There is one memorial to John Harold Proctor who was killed in Malaya in 1950.  A number of other memorials are listed as being 'war memorials' on the National Inventory of War Memorials as listed below. 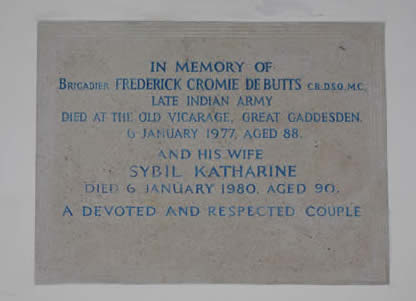 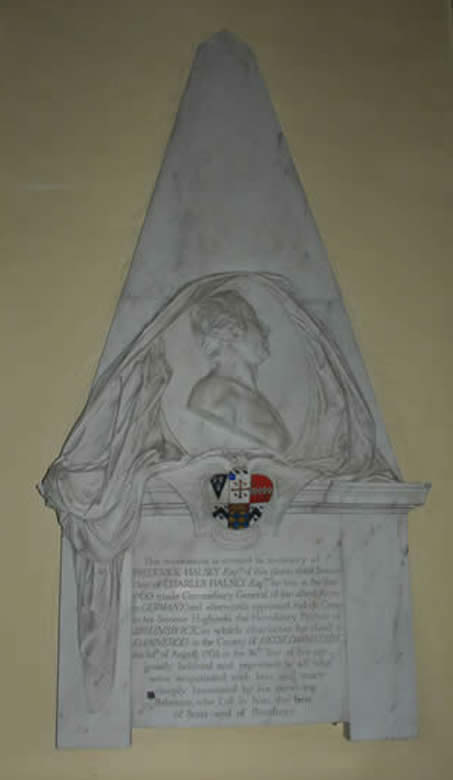 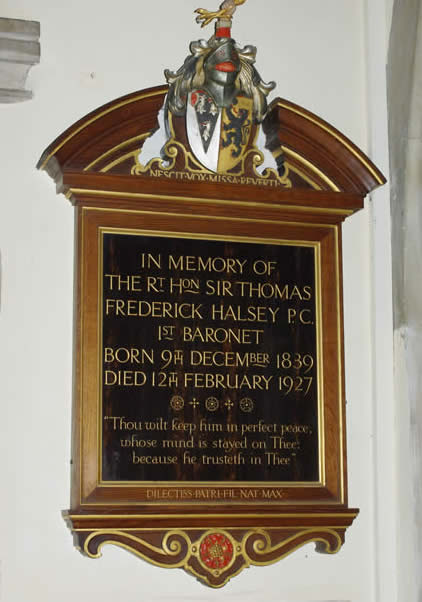 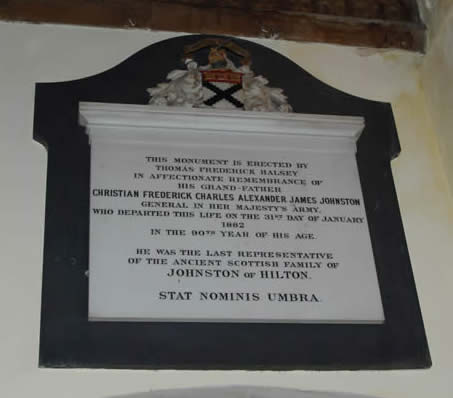 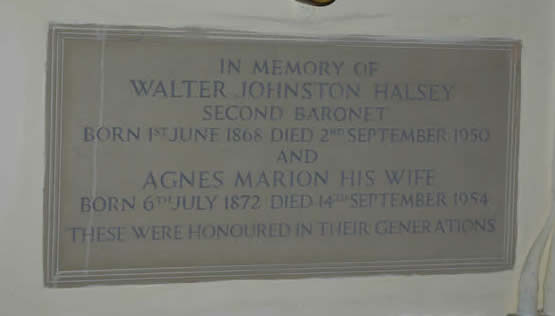 A further memorial references service in the army. 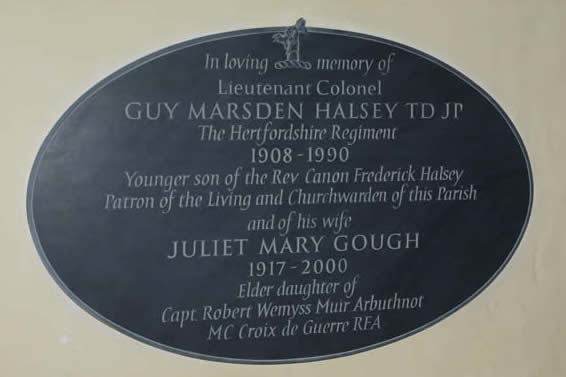