Kenneth was a pupil at Hemel Hempstead Grammar School from 1931 to 1934. He was born on 4th July 1916.  He was an active young man who enjoyed driving his sports car. He joined the RAF Volunteer Reserve and became a Flight Sergeant in 202 Squadron. He was killed on active service on 10th May 1942 aged 25, and his body recovered from the sea off the coast of Scotland.

His school blazer and a speech day programme were donated to the school archive in 2007. There is a bench dedicated to him at the war memorial next to St John’s Church, Boxmoor.  He lived at 78 Marlowes and his funeral took place at the Baptist church in Marlowes conducted by the Rev. C.C. Dawson.  His father, Alfred, was the Mayor of Hemel Hempstead in 1945-1949. 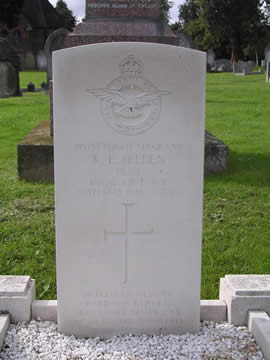