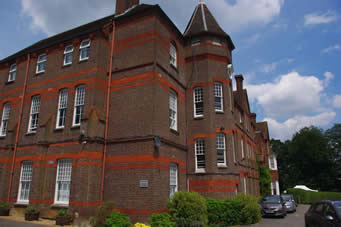 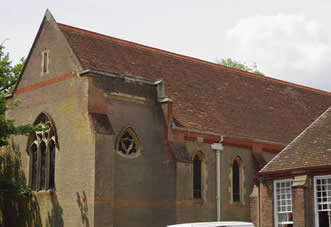 On the way in to the Chapel there is a First World War memorial. Soon after the war, the school produced a Roll of Honour listing not only the fallen but all others who served.  It is hoped that, in due course, information will be added to this site from the Roll.  Inside the Chapel are two individual memorials, while the east window was also dedicated to old boys who fell in the war.  The window is mentioned on the memorial above the lists of names: 'To the glory of God and in proud and grateful memory of this our Roll of Honour the east window in chapel was offered.' 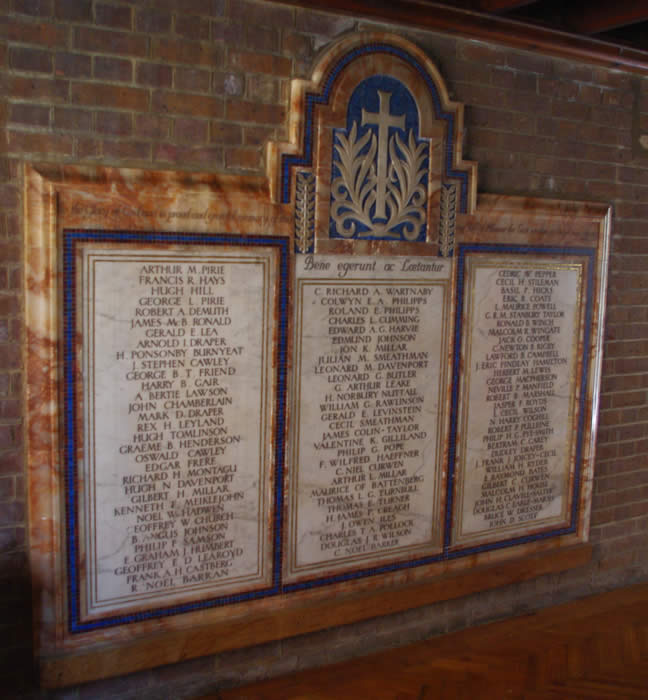 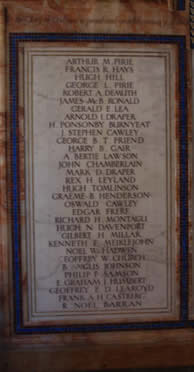 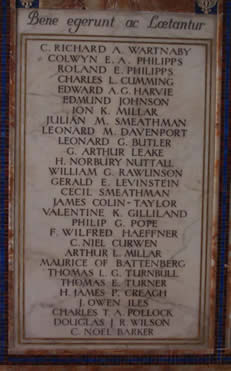 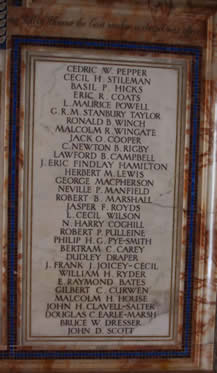 The First World War memorial in the entrance to the Chapel. 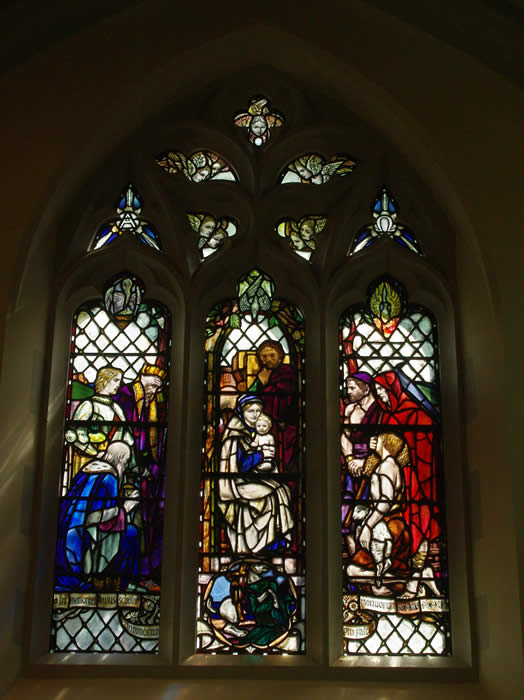 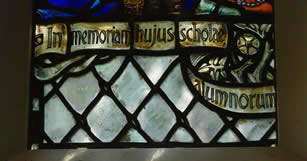 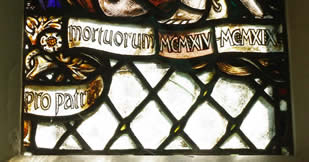 The east window and inscription 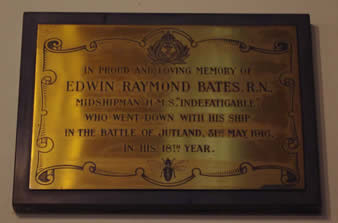 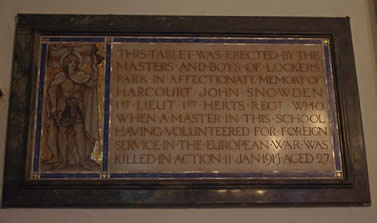 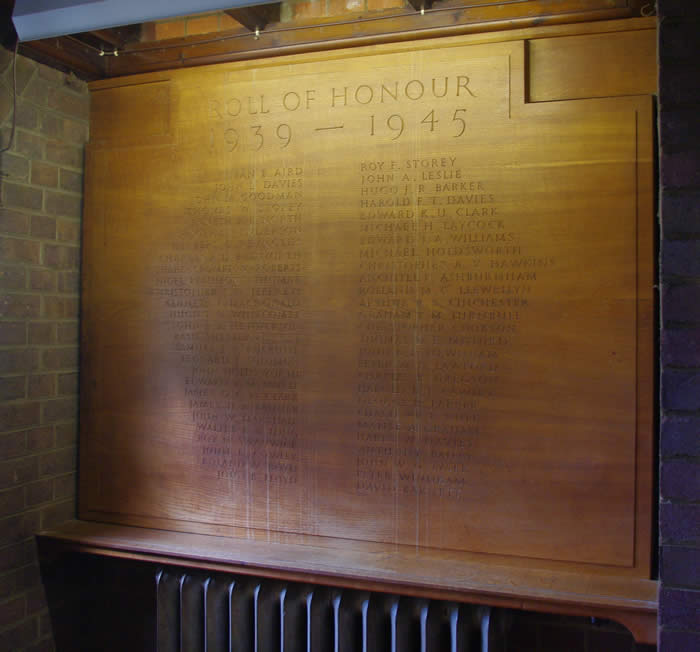 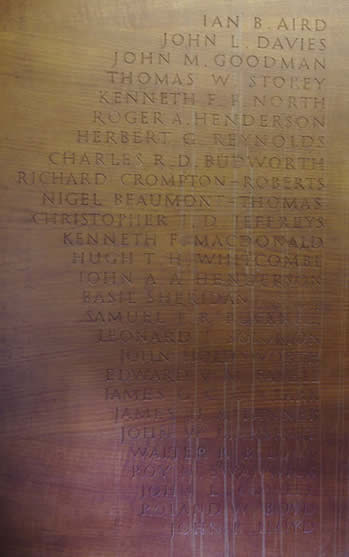 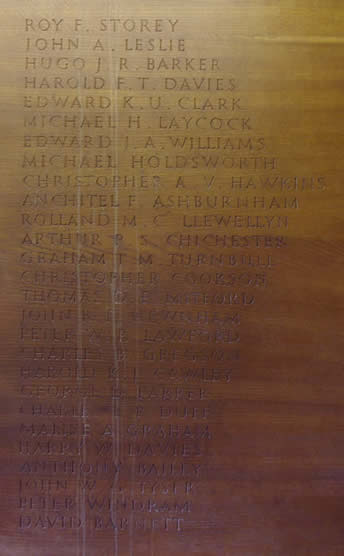 Panels from the memorial