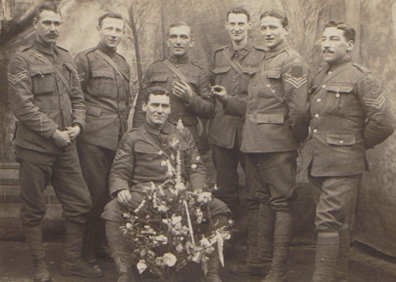 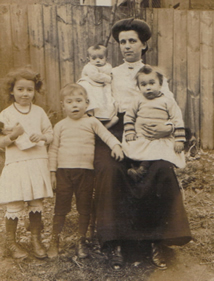 with Thomas, Charlie and Rose.

Thomas Jennings was awarded the Distinguished Conduct Medal for his action on 22nd October 1917, when his battalion was in the Vadencourt area of the Somme region of France.    The citation for the medal, provided to us by his grandson, said:

For conspicuous gallantry and devotion to duty under heavy machine-gun fire and rifle fire. He established his section in position in front of our line where he remained for two days until relieved, during which all his section except one became casualties. He dressed them all himself and sent them up to the dressing station, setting a fine example of gallantry and devotion to duty under the most trying circumstances.

He was killed on 27th March 1918, during the German spring offensive, possibly during an intense bombardment on the village of Vrely, south-west of Péronne in the Somme area, where the battalion was in billets.  Later that day, the battalion took up a position on high ground to the west of the village.  The battalion was forced to retreat on 28th March and it is likely that Thomas Jennings' body was left behind in the chaos, and not identified when it was buried.  Consequently, he is remembered on the Pozieres Memorial which marks those who have no known grave.