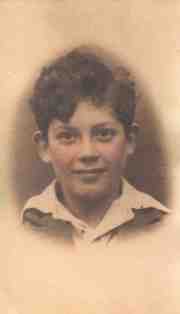 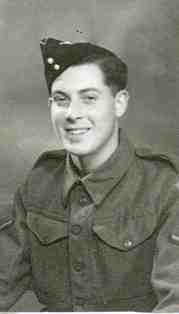 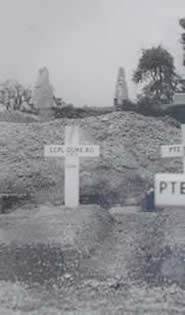 Robert Duke was known as Bob. He was born in 1923 and died in Normandy on 21st June 1944. His widow, Joyce, was interviewed by Zoe Farrell and Sophie Horwood in February 2010.

Bob joined Hemel Hempstead Grammar School as a fee paying student [prior to Grammar Schools becoming free from 1944]. His parents wanted him to go to a co-ed school and most grammar schools at this time were single sex so he went to Hemel despite the fact that he lived in Bushey Heath. His father worked in the ticket office of Bushey and Oxhey station. He loved cycling so his main method of getting to school was by bicycle. He had grandparents in Kings Langley and sometimes stayed with them. Bob was a very gentle person. Everything about him was lovely and he was handsome as well! He had rosy cheeks, a fair complexion and dark, curly, unruly hair.

He very much enjoyed his time at the school and stayed on an extra year because he did not matriculate (reach a required standard in 5 subjects) at the first attempt. However, when he left he continued his education and studied to be a surveyor.

His studies reserved him from call up for 3 years. In no way did he want to go into the services. His father had had a very bad experience in the First World War and could not work after the age of 45 because of his wounds. But then there was the call up for the big push on D-Day and he was drafted into the Herts and Beds Regiment. He took his Latin and Italian books with him to continue his studies but they were soon returned home! He was bothered about his cycle being left at home and I was in charge of looking after it. I had to oil the gear chain and clean it so it would be alright for when he came back.

He very soon became a corporal and hoped to take a commission. He told us not to worry about him. The army badly wanted infantry men and they were faced with problems at the Falaise Gap in Normandy following the D-Day landings. Then letters home ceased and the War Office did not communicate or even know what was happening.

We were so lucky to find out what had happened to Bob through a school boy friend of his called Len Lee who went to Normandy in 1945 and discovered his grave. We would never have known otherwise. We kept writing to the War Office but they didn’t know where he was.

We discovered that Bob had been transferred to the [6th battalion of the] Duke of Wellington’s Regiment on 20th June 1944 on a draft of reinforcements. He travelled during the night in a landing craft to France and at first light on the 21st the regiment suffered heavy casualties from enemy fire some distance away. He must have died at this point. To be killed in such a way when he had just arrived seemed so inhuman and impersonal.

Sophie and Zoe carried out research at the National Archives in Kew and found the following entries in the War Diary for the 6th Duke of Wellington’s Regiment:

The war diary gives information on two locations. Men from the Duke of Wellington's Regiment had been stationed at Bronay from 19th June but arrived at Le Croix, Grande Tonne at 23.30 on the 20th where they were reorganised. Robert probably died when a high concentration of 21cm rocket projectiles fired in the battalion area at 05.35 on 21st. However, the precise cause of his death is not recorded. It is also possible that he died on this date from wounds gained during a previous attack. 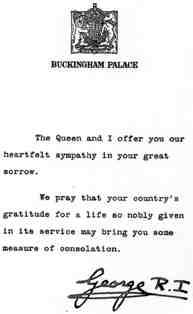 The letter Mrs Duke received from the King

Mrs Duke has visited her late husband’s grave every year from 1945 until 2008 when she was not well enough to go.  She told us,

Bob was put in a temporary cemetery in the woods in the grounds of a chateau at Brouay between Bayeux and Caen. When we received the telegram I knew it was wrong because he wasn’t in the Duke of Wellington’s so that gave us hope but then there was a letter from the King and Queen. Instead of having that lovely boy, I have a medal. It was an absolute waste of a life. We had been married less than 6 months.  It was also a very sad thing for his parents. Bob was an only child.  In the early days after the war we visited the chateau and became friends with the Baron and Baroness …. The owners of the chateau said his grave could stay where it was if that was what we wanted and that would have been our choice but eventually the War Graves Commission insisted that he be moved to Tilly-sur-Seulles. 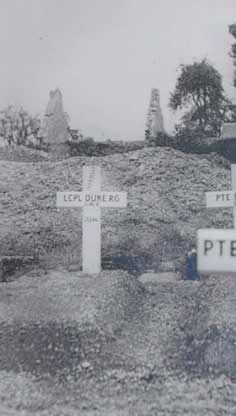 Bob's grave in the grounds of the

chateau at Brouay, taken by his