The National Inventory of War Memorials lists a processional cross inside St Mary's, Apsley End, but does not include any mention of whose memory it marks.  The neck of the pole has clearly been inscribed but it is now worn beyond legibility.  However, a short history and guide available in the Church describes:

... the processional cross which was dedicated and first used in procession on Christmas Day 1920.  It commemorates Major Edward Bence[-]Trower who was killed in action on the 30th May, 1918 at Romigny, France and was presented to the church by Keith Runham. 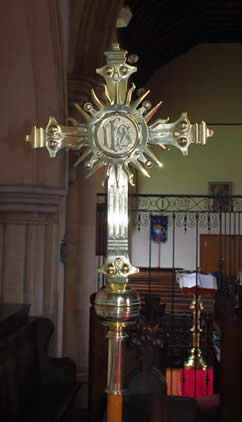 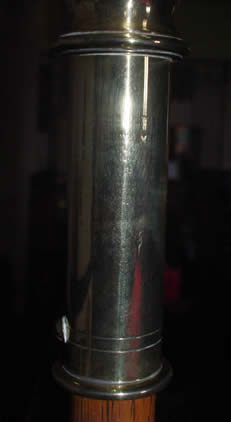