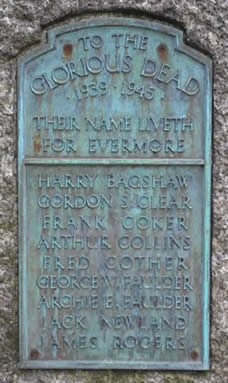 Henry was at pupil at Hemel Hempstead Grammar School from 1933 to 1935, where he was among the best athletes in the school and ran in many AAA championships. He lived somewhere in the vicinity of Adeyfield.

He was killed on 14th February 1942 during the invasion of Singapore by the Japanese. He was 22 years old.  The British forces surrendered on the following day. He is commemorated on the war memorial at Kranji cemetery in Singapore.

The photos above were provided by Bernard Lamb, who has also told us that Henry's address was Kilncote, St Albans Road, Hemel Hempstead, and that he is named on the John Dickinson memorial in Apsley.